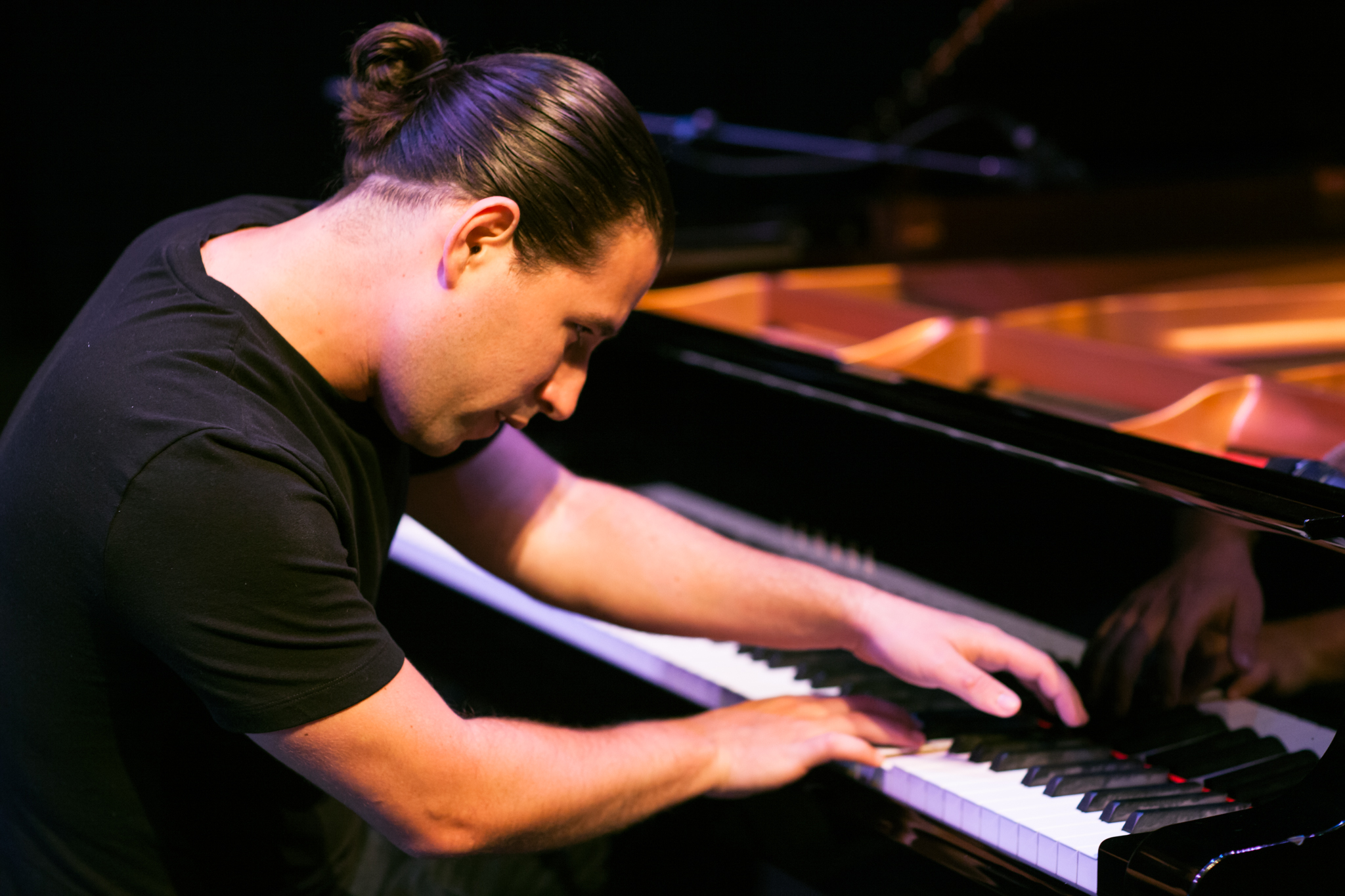 “The astonishing 28-year-old Cuban-born piano virtuoso — discovered and mentored by Quincy Jones — has drawn comparisons to such pinnacles of jazz pianism as Art Tatum, Bill Evans, and Keith Jarrett.” – The Boston Globe

“…A pianist so intense, so beautiful and so emotive you never, ever want the music to stop…amazing improvisational skills and beautiful artistic soul.” – Savvant Music

“Alfredo Rodriguez has managed to capture attention in the world of jazz, due to his contemporary arrangements, his original style and personal sound, all of which is reflected in his new album that combines classical pieces of Cuban and Latin American traditional music and modern jazz trends.”
– ACN

Grammy® nominated artist, Alfredo Rodríguez, reflects the talents of legendary jazz pianists Keith Jarrett, Thelonious Monk, and Art Tatum. Schooled in the rigorous classical conservatories of Havana, Rodríguez’s riveting artistry is informed as much by Bach and Stravinsky as it is by his Cuban and jazz roots. He will descend on Australia for his first ever live dates this March, playing a stunning solo show at Sydney’s The Basement on Sunday 12th March and Melbourne’s Bird’s Basement for three consecutive nights on Tuesday 14th, Wednesday 15th and Thursday 16th March. Tickets are on sale now.

Discovered at the 2006 Montreux Jazz Festival by Quincy Jones, Cuban-born Alfredo Rodríguez has distinguished himself as the definition of jazz and improvisation without boundaries. He is the man behind the piano with fingers that seem to travel from one end of the world to the other, just within the span of the keys; his mastery of the art has earned him frequent appearances on prestigious stages around the world such as the Playboy Jazz Festival at the Hollywood Bowl, Montreux Jazz Festival, North Sea Jazz Festival, Jazz in Marciac, Umbria Jazz and Jazz A Vienne. Additionally, Rodríguez was nominated for a 2015 Grammy® in the category of Best Arrangement, Instrumental or A Cappella for the track “Guantanamera” from his 2014 release, The Invasion Parade.

Watch the video for ‘The Invasion Parade’ here.

During his first tour in China, Rodríguez was asked to work with Tan Dun, Siedah  Garrett and Quincy Jones to compose the English-version of the 2010 Shanghai World Expo theme song, granting him to become the first non-Chinese artist to be bestowed this honor. Though impressive, his accomplishments are not the only defining factors of his standout success; his ability to express himself culturally by “playing stories” on the keys places him in a unique position to connect with his listeners on a more relatable and personal level. As demonstrated by the Invasion Parade, the follow-up album to his stunning debut on Mack Avenue, Sounds of Space, Rodríguez explores his memories of Cuba, the people and culture he left behind and finds his new place. Co-Produced by Quincy Jones and featuring a superb ensemble that includes bassist/vocalist Esperanza Spalding and percussionist/vocalist Pedrito Martínez, the record is comprised of nine tracks including originals by Rodríguez as well as evergreens such as “Guantanamera,” Maria Teresa Vera’s “Veinte Años,” and “Quizás, Quizás, Quizás.”

Now, in Tocororo, his most recent album Rodriguez’s story is represented by the national bird of Cuba. The Tocororo is a bird that if caged, dies of sadness, reflecting not only the desire for liberty, but the necessity of it. Beyond that is the story of everything else the bird represents: freedom, travel, and cross-pollination. In Rodriguez’s case, it represents the cross pollination of his Cuban culture with all of the cultures he has experienced throughout his musical journey, thus leading him to assemble an international band, fusing the musical perspectives of Michael Olivera and Reinier Elizarde from Cuba, Ibrahim Maalouf from Lebanon, the French-Cuban duo Ibeyi, Cameroonian vocalist and bassist Richard Bona, flamenco style singer Antonio Lizana, and Indian vocalist Ganavya.

“Any pianist with training in Afro-Cuban jazz can play tender, introspective lyricism and slashing, pounding rhythms with similar ease. But to pivot back and forth between those styles with no apparent transition, the way Alfredo Rodriguez does is to demonstrate a whole other stratum of talent. This explains why Quincy Jones served as both his mentor and the producer of Rodriguez’s second album, Tocororo—lest we forget, Jones was once among the shrewdest of jazz composers, arrangers, and bandleaders.” – Washington City Paper

Quincy Jones expresses, “Alfredo is without a doubt one of the best young pianists I’ve ever seen and with the enormous skills that he already possesses, his potential is limitless.” Rodriguez continues to spread his music along with his message and is currently on an international tour. Don’t miss this extraordinary artist when he lands in Australia this March!

For all media enquiries: