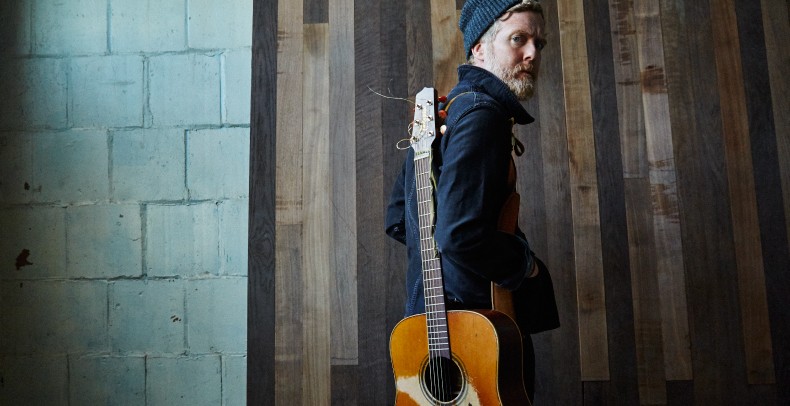 “…sincerity, compassion and conviction …tied at the hip to his craft, Hansard delivered an engaging graduate-level course in the art of being a master singer-songwriter.” Chicago Tribune

“Listening to Hansard and his band is a soul smile. His ability to play music with delicacy and power is astounding.” The Masonic, San Francisco.

It’s true. Just listen to anything Glen Hansard has recorded in the past 25 years, whether with his band The Frames, or the songs he wrote with Czech musician Markéta Irglová for the film Once (which won the 2007 Independent Spirit Award for Best Foreign Film), from which their song Falling Slowly went on to win the Oscar for Best Original Song, or his solo records. It’s not just the voice of a master singer-songwriter you’re hearing – it’s his soul.

Born in a less than salubrious northside suburb of Dublin, Hansard’s early passion for music literally spilled out into the streets when he quit school at 13 to live the life of the busker, a life to which even now he’ll occasionally return and which he was able to so poignantly portray in Once. The Broadway adaptation, Once, The Musical, has won eight Tony Awards and an Olivier award. Hansard formed The Frames in 1990. Their fourth album, 2001’s For The Birds, brought them international recognition.  The band fought every inch of the way, touring incessantly and recording and releasing albums on bare-bones budgets. By 2003, The Frames were a platinum-selling, stadium-headlining act in their home country and heading that way around the world.  To mark their 25th anniversary last year The Frames released a best of album, Longitude.

Former Frames bass player John Carney, now a filmmaker, directed Once, and another Frames alumnus, guitarist and Grammy Award winner David Odlum, co-produced, with Thomas Bartlett (The National, Sufjan Stevens), Hansard’s second solo album, 2015’s Didn’t He Ramble, so it’s obvious that Hansard is a man who treasures friendship and loyalty as much as passionate musicianship.

“Consistency, conviction and sincerity, Hansard pulls the audience right into the moment… He has that rare ability to make everyone in the room feel like he is singing just for them.” Hotpress.

Glen Hansard in concert is a truly transformative experience, whether solo, with The Frames, with Irglová in the duo The Swell Season or, as Australia will experience him in his forthcoming tour, with an 11-piece group including piano, strings and a brass section, Hansard delivers, his voice sweeping from a whisper to a defiant roar one moment, from heartache to celebration the next and taking his audiences along with him.

“In a concert with Glen Hansard there is everything the audience could wish for: the tension, excitement, entertainment, involvement, singing out loud and listening quietly. After it’s ended, there is only one feeling: happiness.”  Italian Rockol.

A self-described battler, Hansard now sells out such prestigious venues as The Hollywood Bowl, the London Palladium, New York’s Radio City Hall and the Sydney Opera House. He has become a popular guest on America’s night-time talk shows. American PBS talk-show host Tavis Smiley said it all in just one simple aside during a conversation with Hansard this past February about the just-released EP, A Season On The Line, “You are all about love.” And he’s right. The best part is that we’re all invited to share in the experience.

“Hands down, it was one of the more emotionally stirring moments of the festival.” Rolling Stone, Glen Hansard at the Americana Festival, September 2015

“As his superb ten-piece band gradually fell in behind him, Hansard’s stripped-down directness put a premium on warmth, sincerity, compassion and conviction — traits lost and embraced by the protagonists in his songs. Talkative, and tied at the hip to his craft, Hansard delivered an engaging graduate-level course in the art of being a master singer-songwriter.  Whether conveying subtleties in lyrics or relaying humorous stories about personal experiences, Hansard gave the audience a reason to hang on his every word. His exuberance also helped transform the venue into the equivalent of a giant pub at which tall tales, loud laughter and familiar songs are shared by everyone.” Chicago Tribune