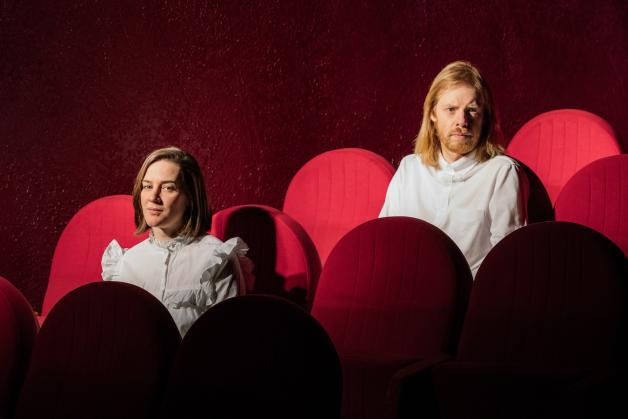 Remote Control and Rough Trade are excited to announce Josienne Clarke & Ben Walker’s new album Seedlings All will be released on Friday 23 March. To celebrate they have shared the stunning new track ‘Chicago’ with its accompanying video by award winning filmmaker Bob Gallagher.

’Seedlings All’ is Josienne Clarke & Ben Walker’s first album to be made up of all original songs and is songwriter Clarke’s most autobiographical work to date. She explains: “For the first time I’m out there alone with a bunch of songs that expose my insecurities, fears of failure and inflated pride. They deal with my own specific thoughts and feelings about the reality of pursuing this kind of career, the cost to personal relationships, circumstance and lifestyle, and asking the question – “Is this still worth it?” They’re about trying to find an inner balance in an environment that doesn’t provide any balance or certainty. Where one day everything is brilliant and the next day it could all be over. Where one night ends in a standing ovation and the next starts by playing to an empty room.”

It’s a theme that informs ‘Chicago’ as Josienne explains; “We drove all day to get to Chicago, we got to our hotel on the outskirts of town and had five minutes to drop our bags and then get back in the car to drive another hour into the centre of Chicago to sound check. We did that, soundcheck went fine, but then NO ONE came to the gig.  There was a support act that night who despite being local didn’t appear to have any friends. It was one of those gigs where you wonder whether it’s even worth going on, but we’re sticklers for a contractual obligation, so we played.  After our set one of the guys from the support band said to me that he thought an hour set of our music was “a bit long” because “it’s the kind of music you have to listen to and think about and it’s Saturday and no one wants to do that”.   So I was sitting at the bar drinking my quadruple Bulliet bourbon thinking “fuck this, I’m not doing it anymore, the world is not made for my gift!” and then I realised that I was being a knob and that’s just how it is, we’re not the fucking Beatles and we have to start somewhere, we played to no one in the UK and we’d have to get used to it here too. So I wrote this song mainly to have a word with myself about not being a massive diva….”

Josienne & Ben have been nominated several times at the BBC Folk Awards, they were personally invited to support Richard Thompson on tour around the UK last autumn and Something Familiar from the duo’s previous album, the critically lauded ‘Overnight’, has now been streamed over 4 million times.