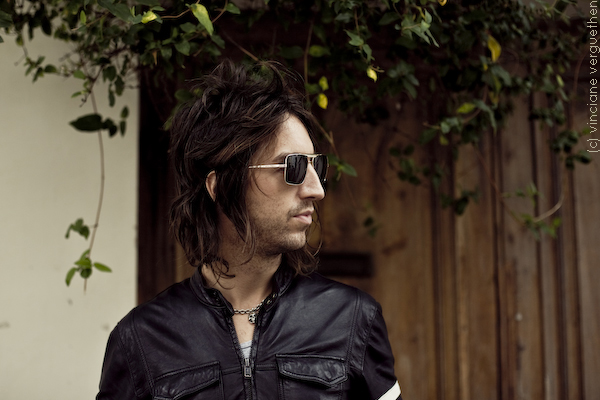 “One of our most emotionally revealing and talented singer-songwriters.” Vanity Fair

“Jo is a really unusual interesting and talented artist in music and art.” Peter Gabriel

Here is a rare treat for lovers of mesmerizing, understated song craft delivered by a unique and artful musical practitioner. Joseph Arthur is in Australia performing at Bluesfest 2011 with new ‘super group’Fistful of Mercy. (Joseph Arthur, Ben Harper and Dhani Harrison) 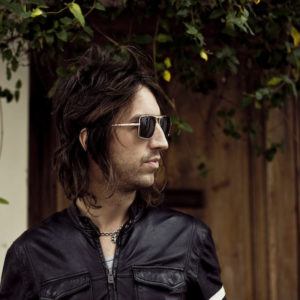 But Joseph will also be playing two highly-anticipated debut solo performances at The Vanguard in Sydney and The Northcote Social Club in Melbourne. Joseph’s unique solo shows are well known for combining his distinctive voice and haunting compositions with the use of a number of distortion and loop pedals that allows Joseph to harmonize with his own voice and guitar, plus incorporate various rhythms into the songs.

Michael Stipe from REM said about Joseph Arthur: “Jo is one of those rare writer-performers where you get the sense, whatever your belief, that something greater is being channeled through his music and voice…Like Patti Smith, Grant Lee Phillips, Thom
Yorke, he trances, and the voice, the meaning, becomes bigger than him, bigger than a few pop chords or words strung together. It touches something very deep and universal.”

In terms of career background, Joseph recorded and released his debut album, Big City Secrets, for Peter Gabriel’s Real World Records in 1997. Two years later, his EP, Vacancy, with a sleeve including paintings by Arthur himself, earned a Grammy nomination for Best Album Packaging. He followed with a successful touring career, going on the road with Ben Harper, Gomez and R.E.M, among others.

His music was being noticed far and wide, and as NPR Radio reported, “Joseph Arthur creates a dynamic swirl of noise that somehow appears almost magically all around him. It seems to inhabit the space he inhabits. It’s through that musical miasma that he threads his sweet and acerbic melodies.”

Armed with an array of guitars and a stockpile of effects pedals and looping tools, Joseph’s one-man show is inspired. Painting while he sings has also become a staple of Joseph’s impressive solo performances, with the art available for sale after concerts, in online auctions, and to help raise money for various humanitarian relief efforts, such as Haiti Relief Funds.

Joseph’s philanthropy extends to music as well; an EP including 6 versions of his song “In the Sun” (one cover by Michael Stipe of R.E.M. and Coldplay singer Chris Martin, one remixed by Justin Timberlake and one of which includes Arthur himself singing alongside Stipe) was released in 2006 for a Hurricane Katrina Relief program. In August of 2006, Joseph lent his musical talent to another worthy cause when he was invited to help launch ‘A River Blue’, an art festival serving to empower the creative endeavors of children living in Alebtong, Aloi and Amoro IDP (internally-displaced persons) camps in northern Uganda.

The end of 2010 saw Joseph tour nationally and internationally with the power-group Fistful of Mercy. With a new solo album on the way, Joseph Arthur continues to be a gushing fountain of creativity, and he doesn’t show any signs of slowing down.

Make sure you see Joseph Arthur for a special and intimate evening when he performs solo in Sydney and Melbourne. You can trust the New York Times which indicates that Joseph is no ordinary singer / songwriter: “Romance, despair and the struggle for faith intermingle in Joseph Arthur’s songs, which can float in a gorgeous acoustic reverie or flare up in electrified anger.”