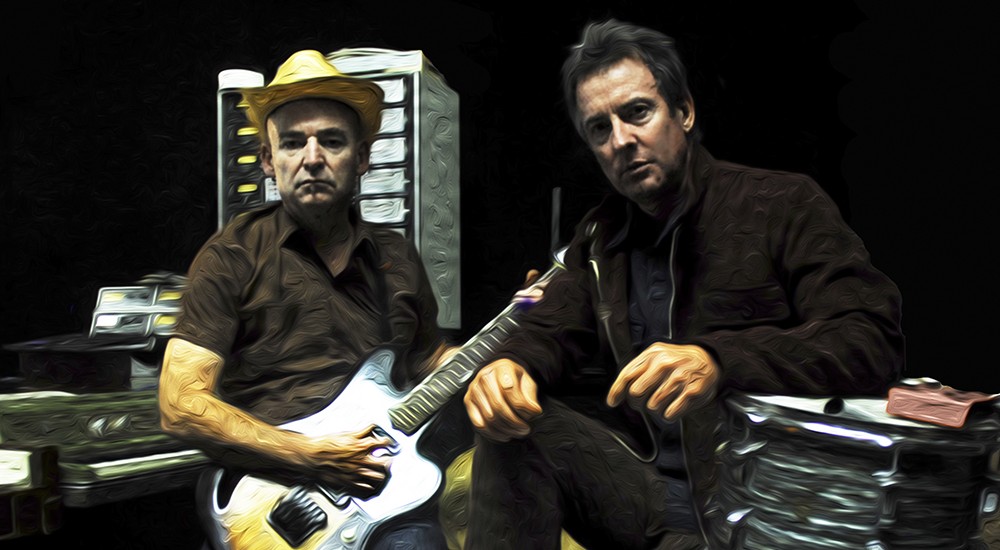 Celebrating 25 years in the music industry, Iconic Australian blues group – Backsliders – are leaders and virtual pioneers in their own genre – ‘delta-blues wall of sound’. As a three piece, they can lift the roof off any venue – moving from straight ahead, in your face, ‘amped up’ original blues – ‘Blues ’not ‘Roots’ that is – to ‘all-acoustic’ unplugged ‘way down south’ delta blues. Multi-media celebrity, Doug Mulray describes them as ‘the best acoustic blues band in the country’.

Guitarist/ vocalist, founding member and key songwriter for the band, Dom Turner specialises in “bottle-neck” slide guitar using resonator, as well as 6 & 12 string guitars. Dom’s influences are many and varied – a blend of delta blues, piedmont blues, rock, dub and sounds of Asia. He is a highly regarded speaker on blues and roots music and has guested on ABC (Australian Broadcasting Commission) radio programs and presented music workshops at festivals and in universities (both nationally and internationally). As well as playing in the Backsliders, Dom has toured as a solo artist in the USA, playing Augusta Blues week in West Virginia in 1996 and 1998, and in early 2006, he toured Mexico with US blues greats, Del Ray and Steve James. In 2004 Dom was voted Songwriter of the Year’ at the Australian Blues Awards in Goulburn, NSW and has a sculpture in recognition of this honour at the Goulburn Visitors Centre.

Drum and percussion virtuoso Rob Hirst (Midnight Oil, Ghostwriters, Hirst & Greene, Angry Tradesmen), an acclaimed name synonymous with the best of Australian music, has been with backsliders since 2000. Midnight Oil’s notoriety needs no explanation, and Rob’s talents have melded perfectly into the band. Rob Hirst is a founding member of Midnight Oil. He was the drummer, songwriter, and backing singer for 25 years. In 2003 he published his first work of prose on Pan McMillan – ‘Willies Bar & Grill’ which is the story of Midnight Oil’s USA & Canadian tour just after September 11.

Joining Dom and Rob are two of Australia’s most innovative and dynamic harmonica players; the legendary Brod Smith (Dingoes, Brod Smith’s Big Combo) and ARIA award winning harmonica genius Ian Collard (Collard, Greens & Gravy). The 2 blues-harp dynamos play alternate gigs, each blazing his own trail to the raw energy of the Backsliders sound. It’s a furious ride – with Dom Turner and Rob Hirst doing their thing, setting the grooves and taking no prisoners, and Ian and Brod (you never know who you will get) firing-up the amps to fuel the maelstrom.

The achievements, success and reviews over the band’s 20 years tell it all.

The new Backsliders album, Starvation Box, released via Fuse Records August 2011, is arguably their best yet. Recorded in another former Midnight Oil member Jim Moginie’s studio, Oceanic Studios on Sydney’s northern beaches, Starvation Box is an affectionate nod the band’s past heroes containing five covers of past greats including Lead Belly, Robert Johnson and blues mandolin elder statesman and another key Backsliders influence, Yank Rachell. Many of the album’s original tracks follow the theme of paying tribute to musical heroes: “Failed Preacher Blues” is about the ‘Father of the Delta Blues’ Charlie Patton, for example, and “Bowie County” also mentions Lead Belly and the famous jail where he served time and escaped under an alias ‘Walter Boyd’.

The 2009 mini-album ‘Throwbacks’ shows Backsliders paying tribute to a number of many of the now legendary 1960’s rock bands who started out recording versions of American blues. With ‘Throwbacks’  they  took 5 classic original songs from The Rolling Stones, The Kinks and The Who and Bob Dylan and given them the Backsliders down-home, swampy blues treatment.

The 2007 ‘Left Field Holler’ is an eclectic mix of hard hitting, frenetic new blues anthems mixed with poignant ballads again taking the band to new limits. The 2005 ‘Live’ album is a collection of live performances from the Basement in Sydney, as well as the Melbourne blues festival. The 2003 DVD, ‘Live at the Basement’ features live footage from one of Backsliders many gigs at The Basement in Sydney. The concert featured tracks from Backsliders’ 8th and latest album, ‘Hanoi’. Described as a new direction for a band that welcomes evolution and seems to expand their audience with every new release, ‘Hanoi’ was voted ‘Rhythms’ Magazine Readers Poll Blues Album of the Year for 2002 and was a 2002 finalist at the prestigious Australian Record Industry Awards (ARIA). ‘Hanoi’ is a studio album of mostly original songs by Dom Turner and Rob Hirst. The band’s previous album, ‘Poverty Deluxe’ (1999), was a 1999 ARIA Finalist. A variety of tunes from the Backsliders’ back-catalogue of recordings has featured in the ABC TV programme ‘Seachange’, as well as the soundtrack to the latest read by Tim Winton, ‘Dirt Music’ in particular ‘Down by the Riverbed’ from the Backsliders’ ‘Wide Open’ (1995) album. Backsliders have also appeared on a number of compilation albums featuring renowned international and Australian artists including the Byron Bay International Blues and Roots Festival and Live at the Basement Sydney, compilation albums.

Backsliders have made numerous television appearances in Australia and are regular headliners at major Australian festivals – most recently the Melbourne International Music & Blues Festival (alongside Bob Dylan, Ray Charles & Tony Joe White). The band has headlined at various festivals over the years, having played the Festivals of Sydney, Melbourne, Perth and Adelaide and are regular favourites at the East Coast Blues and Roots Festival (at which the band has featured 13 years).

The band has played with international touring acts such as Peter Green, Junior Wells, Little Charlie and the Nightcats, John Mooney, Rory Block, Roy Bookbinder, Guy Clarke, Cephas and Wiggins, Leo Kottke, Charlie Musselwhite, Christina Olsen, John Prine, Del Ray, Steve James and toured nationally with blues legend, John Hammond. In 1999, the band travelled to New Zealand as part of the Womad Festival.2005 sees the band back at the Festival of Sydney Jazz in the Domain and Jazz in Parramatta Park concerts as well as the Melbourne International Blues and Music Festival

‘An ocean of beats and blues’ Pacific Longboarder

‘this is the best acoustic blues band in the country’ – Doug Mulray, 2003

‘taking the sounds and smells of the delta blues and giving it an Australian taste’ ..‘contemporary roots music at its best’ – Drum Media 2002

‘without a dispute the best blues band in Australia. Their material is impeccable and their musicianship is a wonder to behold’ – Sydney Morning Herald

‘the Backsliders are the rarest of blues bands’ – Sydney Morning Herald

‘..so steeped in rural blues they can write their own variations.’ – Sydney Morning Herald