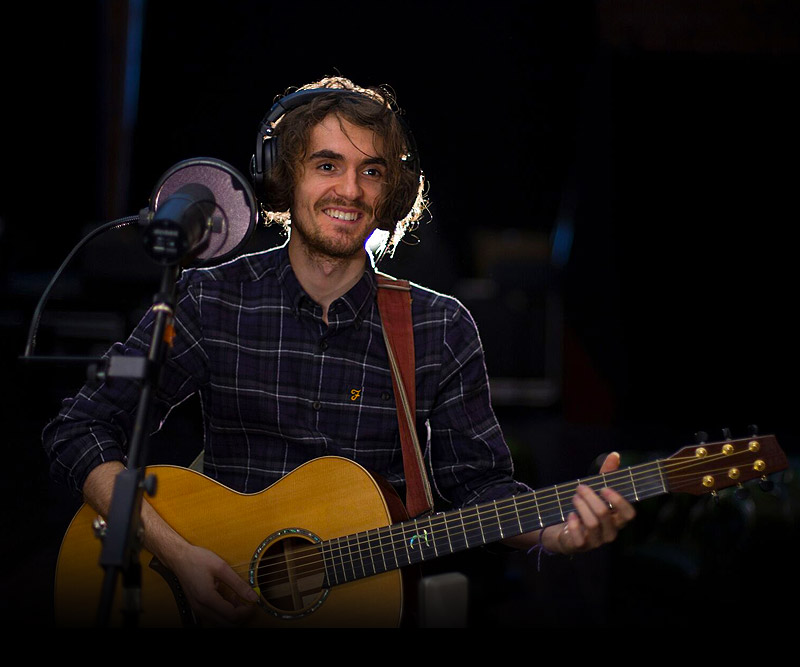 Blair Dunlop is a captivating vocalist, phenomenal guitarist and writer of songs of the deepest lyrical and musical maturity. Yet he is still just 4 years into a career, which launched with the achingly beautiful Blight & Blossom, one of the most memorable and melodic debut albums of recent times. When still only 21, few people in the music world who had been paying attention were surprised when he scooped the prestigious Horizon Award at the 2013 BBC Radio 2 Folk Awards. Richard Thompson was so impressed with Dunlop that he gave him a previously unrecorded composition – Seven Brothers – for inclusion on his debut.

Blair’s vocals have a paradoxically light and raunchy feel, a very much ’once heard, never forgotten’ sound. On guitar, he is forging a style of his own that is quite breathtaking. He has already been asked to appear at guitar conventions and featured in Acoustic Magazine purely as a guitarist to watch. His music has a classic sound and a palpable purity running through it; like a stick of Blackpool rock, yet he is as likely to be found listening to obscure Italian House music as he is to the eclectic range of songwriters who helped shape his mellifluous music, from The Band and Anaïs Mitchell to Nic Jones and the legendary Richard Thompson.

The award-winning British singer, songwriter and guitarist, has now released 3 albums 2 ep’s and toured constantly in the UK and internationally (including USA and Australia). His third album ‘Gilded’ (May 2016) achieved the remarkable feat of two BBC Radio 2 (the station with UK’s largest listenership) play-listings for consecutive singles, ‘The Egoist’ and ‘356’. The album was supported by a major UK tour and festival appearances, which included the prestigious Acoustic Stage at Glastonbury Festival. He is now very much on the radar of mainstream British music.

Blair has recently been in the studio with producer and collaborator Ed Harcourt (Sophie Ellis-Bextor, Paloma Faith, Marianne Faithfull, the Libertines) working on his new album, scheduled for release in early 2018. 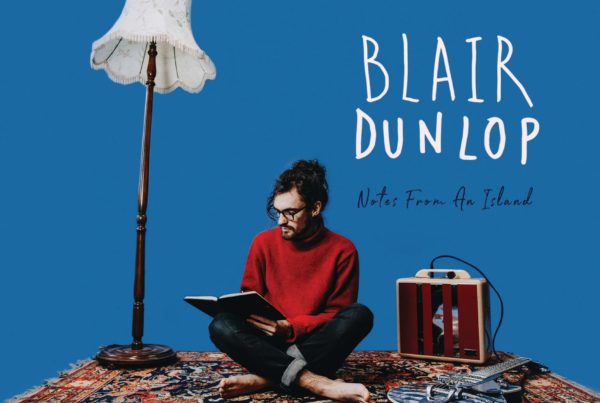 admin | Blair Dunlop, Press | No Comments
A wonderful **** review for Blair Dunlop's album in RnR Magazine in the UK 'Blair combines melancholy with a great turn of phase and no little wit"

admin | Blair Dunlop, Press | No Comments
NOTES FROM AN ISLAND (Gilded Lily Records/Planet) ★★★★☆ Blair Dunlop doesn't advertise it but his father, Ashley Hutchings, was one of the most influential musicians in the English folk boom…

admin | Blair Dunlop, Latest News | No Comments
On the eve of his sophomore Australian tour dates Blair Dunlop is set to release his fourth studio album ‘Notes From An Island’. Described as his heartbreak album exploring the… 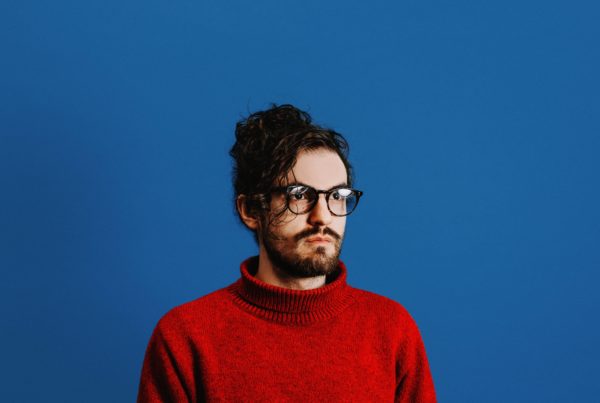 admin | Blair Dunlop, Press | No Comments
Ahead of Blair Dunlop's second visit to Australia, he took the time to chat with Chris Familton about his new album's blend of English folk and American country music and the role that…