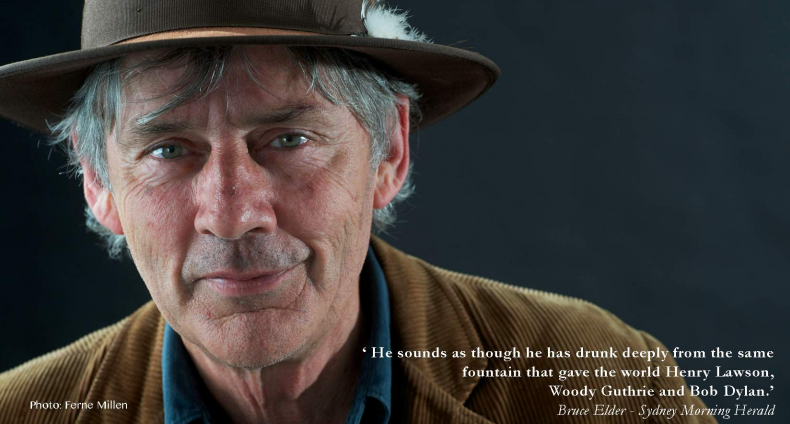 Prolific Australian songwriter Shane Howard, admired and respected for his integrity and commitment to music will join Glen Hansard as a special guest in Melbourne at the Palais Theatre on October 26th performing as the Shane Howard Trio .

For more than 30 years Shane Howard’s songs have continued to champion the cause of the common man, the environment and the injustices endured by Australia’s Aboriginal people.

After 30 years of singing, writing and journeying the globe, from campfires to concert halls, he has consolidated his voice to become an important addition to the evolving folk lore of modern song.  Howard has refined his art with 13 solo albums, 3 albums with ‘Goanna’, two books and a stable of great production credits that have established him as a significant contributor to Australian folk lore.

His songs have been recorded by numerous artists as diverse as lreland’s Mary Black and Australia’ s John Farnham and Troy Cassar-Daley.  He has spent much of his musical life working with Aboriginal musicians, as well as touring Ireland and forging Irish-Australian connections.  Shane has been a producer for the Pigram Brothers, Street Warriors, Mary Black, Archie Roach and the soundtrack for the Jimmy Chi musical, ‘Corrugation Road.’  He’s a founding member of the celebrated Black Arm Band and a member of the Honorary Council of the San Francisco World Music Festival.