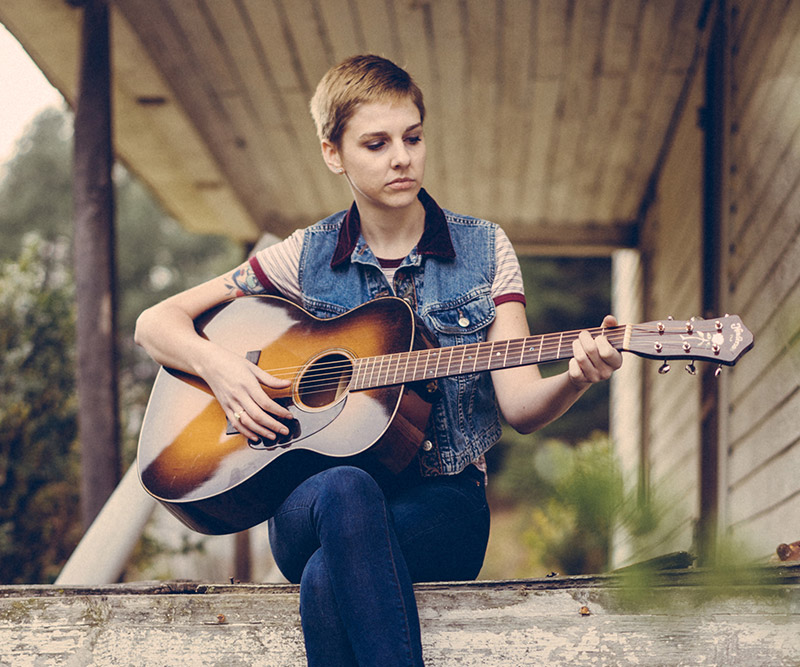 There was no escaping music when Dori Freeman was growing up in Galax, Virginia. She has musicians on both sides of the family going back generations. When they weren’t playing at family get togethers the wider clan could be found at music fairs locally called “fiddlers’ conventions”, where it sometimes seemed everyone had an instrument and was waiting for a chance to play.

It wasn’t anything special really: it’s what happens around the mountains of Kentucky and Virginia, Tennessee and North Carolina. Mountain folk like to listen to music; but they like playing it almost as much.

Most of them anyway. When Freeman was seven or eight, her father, a multi-instrumentalist who specialises in fiddle and mandolin, tried “really hard” to set her on the path, but she refused.

“I think, musically, I had a little bit of a rebellious streak and didn’t want to listen to bluegrass and old time [music], which is what I grew up on. [I] listened to a lot of rock ‘n’ roll and pop,” she says. “I don’t think my dad ever took it personally.”

Freeman did get serious about music – as a singer. She’s 24 years old now, and her self-titled album has established her as the find of the year in American roots music, thanks to the kind of voice that sounds not just pure – her producer, Teddy Thompson called it her “straight to the heart” way – but easy. Easy as in effortless and natural; as if it is just being poured out.

Except of course it takes a lot of work to sound as if you’re not working hard.

“It’s something that I hope I have honed over the years,” Freeman says. “But I think the reason it has that sound is I haven’t tried to imitate anyone. That tends to make it sound easy because it is easy to be yourself.”

And being herself for Freeman is inextricably linked to the sometimes derided, often misunderstood corner of the USA in which she grew up, Appalachia. For Freeman, it’s not just a place, it’s a state of mind.

“As I’ve gotten older, embracing the whole idea of having an Appalachian identity is something that’s become very important to me,” she says. “I know most people across the world are not familiar with what it means to be Appalachian and the history of Appalachia. And the people that are have a really stereotypical view of what it means to be from the mountains or a rural area.

“It’s important to me to represent that in a more positive way because it has shaped me so much growing up and as an adult it continues to shape me.”

What defines this Appalachian mind and culture? Finding beauty in struggle and making art from it.

Freeman’s ancestors were poor, lower working class families who “did what they had to to survive” in communities where people helped each other out. But they “were artists and musicians at a time when you would think art or music would be the last thing on your mind”.

“When you are struggling and you are going through difficult times, music can be one of the only things that make you feel better. I think that’s something that’s always been strong in the culture and something that is naturally in my DNA.”

The pull of DNA is strong. Freeman has lived elsewhere in the USA briefly and the music on her self-titled debut album spreads from folk into regular country and even touches of pop, but “every time I’m not around family and the music of this region I really long for it … it’s something that I need in the way that you would need sustenance”.

For her, defining the music of Appalachia can’t be done without reference to the culture.

“It has a lot in common with other music that comes from the struggling classes. It is often about hard times and heartache and what you are willing to do for another person. It also comes from people that are really genuine and sincere and they will tell it like it is, whether it’s good or bad, and you can hear that in their music. You can hear a rawness in the music and that’s what a lot of people are drawn in by.”

Struggle isn’t just an abstract concept for Freeman’s family, and it has been anything but for her too. While she finally took up playing guitar in her teens just so that she could accompany her singing, and cites her voice as the one thing in her life she doesn’t worry about, it’s only in the past three years that she’s had the confidence to actively pursue music. The catalyst was hard times.

“Weirdly enough one of things that pushed me to that place the most is I had a little girl three years ago and something about becoming a mother and having the responsibility to her, and particularly having responsibility for her and trying to raise her into a woman that is confident and can stand for what she believes in, gave me a lot of confidence that I really lacked before and put that fire I needed,” Freeman says. “In order to teach her that I have to be a model of that.”

A mother at 21 these days is a little unusual.

“It’s certainly very young and I don’t think I grasped that at the time. I’m not sure that anyone when they have kids is necessarily ready for children but 21 is very, well, I wasn’t in the greatest situation at the time but fortunately in the last three years my situation has improved in a lot of ways and changed me as a person.”

So, as someone who resisted the life her father had, would Freeman put a fiddle in her daughter’s hands and say go ask grandpa?

“I can’t say that I’m not going to do that,” she says with a laugh. “I will say that she has the fingers that are perfect for playing the fiddle or piano.”