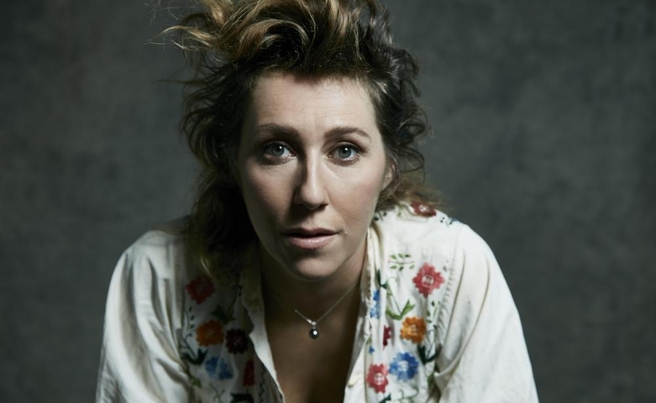 Coming from a famous family has its pressures as well as its advantages.

But North American folk-rock singer Martha Wainwright has successfully navigated both, becoming more comfortable in her skin while enjoying the sort of critical acclaim of which older brother Rufus would be proud.

“I’d like to think I’m now making the family more famous in some way,” she laughs from Montreal, the childhood home she moved back to when having her second child.

“At the beginning I struggled with being in the shadow of my parents (folk singers Loudon Wainwright III and the late Kate McGarrigle) and my brother. I was very insecure about that and that’s where a lot of my music came out of, that feeling.

“But after years of doing it and becoming an artist in my own right, I feel like I’m better company with those other people,” she adds. “It’s not most artists’ experience, but it has defined me in many ways.”

Wainwright frequently collaborates with other family members. Last year she released Songs in the Dark, an album with half-sister Lucy Wainwright Roche.

Goodnight City contains several songs written by others for her, alongside some of her own finest songwriting to date. Autobiographical first single Around the Bend, a song about her son called Franci and, perhaps most personal of all, Traveller, about a friend who died of cancer, form a confessional, deeply personal opening trio.

“I put my songs mainly at the top, something that’s maybe reflective of what people might know from me,” Wainwright says.

Elsewhere, Beth Orton co-writes Alexandria, Glen Hansard contributes One of Us, and Tune-Yards’ Merrill Garbus lends her individual talents to Take the Reins. The Australian version even contains a bonus track, Somehow, written by Julia Stone.

Despite the long list of collaborators, Wainwright believes Goodnight City most closely resembles her self-titled 2005 debut.

“I feel like it has a feeling of the first record and a rawness and the sound of it maybe, but then it’s also completely different because half of the songs I wrote and half of the songs I didn’t write,” she says. “These other songwriters who wrote songs for me or wrote songs with me in mind, they sound like I could have written them, and some of them I did co-write and change.

“They’re kind of an extension of me.”

Stone’s song isn’t the only Australian connection, with Before the Children Came Along a veritable travelogue of sexy adventures in capital cities around the country, including Perth.

“That’s a love song, although it’s a song about trying to keep a marriage together and hoping it can last,” Wainwright reveals.

“When I say at the start of the song, ‘We made love in Melbourne, Adelaide and Perth,’ it was because I was trying to conceive another child, which ended up happening. That’s a very powerful thing when that happens.

“I’ll always love Australia for that,” she adds with a laugh. “I feel you played a real part in my family.”

Today Wainwright announces an Australian tour set to include Perth next year. She is currently putting together a band for the visit, and is also finishing a memoir, tantalisingly titled Stories I Might Regret Telling You.

“I needed the money and so I took the cheque and then you realise you have to actually write a f…… book,” she says. “It’s very cathartic in a way. It’s changed my life — it’s changed who I am because it was a very big undertaking.

Goodnight City is released November 11. Martha Wainwright plays the Astor Theatre on March 8. Tickets on sale November 11 from the venue.