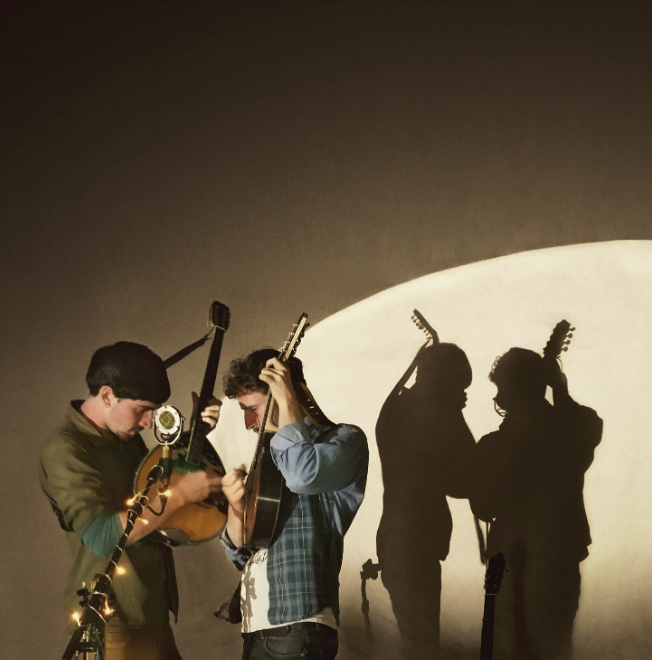 “A cavern of delights… A labyrinthine treasure trove” – The Irish Times

“They remind me of my first days at ‘Les Cousins’ in Soho in 1965… Ye Vagabonds are a modern expression of a tradition that is truly robust and important to these islands.” Roy Harper“Going backwards to go forwards, [Ye Vagabonds] look not to modern day influence to inspire their sound, but prefer to absorb and reflect the most genuine leanings of deep tradition, playing folk music that resonates as pure and honest as it has since time immemorial. In an age where styles have a limited shelf life, and musicians so often live by definition of their sell-by date, Ye Vagabonds make music that honours timeless sincerity with acoustic fireside storytelling that will sound as current a hundred years from now as it has a hundred generations past.” Myles O Reilly (Arbutus Yarns)

Brothers Brían and Diarmuid Mac Gloinn grew up playing music together around their hometown of Carlow, a small town in the southeast of Ireland. After moving to Dublin in 2012, they quickly became a staple of the live music and session scene in Ireland, playing their own original songs as well as folk songs from Ireland, Scotland, England and America.

In 2014 they came to the attention of Arbutus Yarns’ music filmmaker Myles O’Reilly, whose videos gained international attention for the brothers for the first time.

After a chance meeting at Electric Picnic in September 2015, the brothers performed onstage with Glen Hansard, who invited them to open for him on his European tour the following October.

Their debut EP Rose & Briar was released on October 7th 2015.

Since then, they have been busy touring Ireland, the UK and Europe, opening for acts such as Villagers, Roy Harper and Lisa Hannigan (whose band they played in for her Irish tour, June 2016). They have played sold out headline shows in Ireland, France, Switzerland and the UK.

They have made numerous television and live radio appearances in Ireland, and were also part of ‘Imagining Home’, a live broadcast concert in the National Concert Hall of Ireland, 2016, curated by Glen Hansard, Philip King and Gary Sheehan.