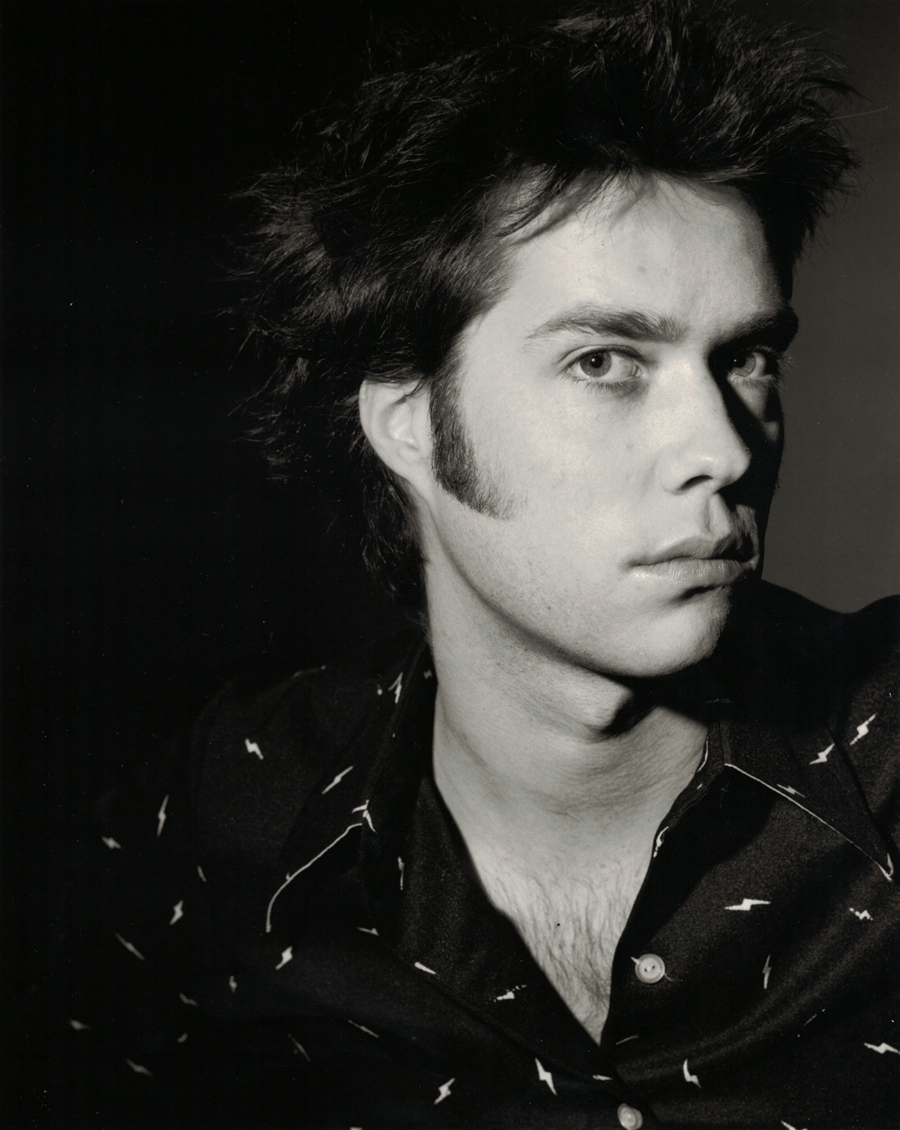 RUFUS WAINWRIGHT RETURNS TO AUSTRALIA FOR HEADLINE DATES THIS FEBRUARY

“Wainwright’s voice is something to behold…” – The Music

RUFUS WAINWRIGHT, one of the great male vocalists and songwriters of his generation, announces his return to Australia in February 2019. With special shows at LA’s Orpheum Theatre and Nashville’s Country Music Hall of Fame later this year, Rufus will begin celebrating the 20th Anniversary of his 1998 self-titled debut album, and the 2001 follow up Poses.

Rufus will bring his All These Poses Tour to the Adelaide Festival on Friday 22nd February, Sydney’s stunning Enmore Theatre on Tuesday 26th February, before playing two Melbourne shows at the esteemed Zoo Twilights series and Melbourne Recital Centre on Saturday 23rd and Monday 25th February respectively. The tour will finish at Canberra Theatre on Thursday 28th February.

Melding both the beautifully moving with the powerful and bombastic, the broad spectrum of Rufus Wainwright’s talents will be on full display when he returns to Australia in 2019, performing his most beloved songs from his first two albums. In a prolific career, the New York born, Montreal-raised singer songwriter has released nine studio albums of critically acclaimed chamber-pop, and three live albums, including the Grammy-nominated Rufus Does Judy At Carnegie Hall.

In 2009, the singer-songwriter-composer’s first opera, Prima Donna, premiered at the Manchester International Festival, followed by a run at Sadler’s Wells in 2010 and a 2012 American premiere for New York City Opera at the Brooklyn Academy of Music.  Rufus’ second opera, Hadrian, based on the story of the intriguing Roman Emperor, made its debut in Toronto on October 13 by the Canadian Theatre Company.

Rachel Eckroth will be supporting on all dates. Performing experimental jazz-pop, the US artist is an enthralling and seasoned live artist, who has played in KT Tunstall’s band, experimental jazz trio Antelog, and will also appear in Rufus Wainwright’s touring band on his upcoming dates.

Don’t miss Rufus Wainwright on his exciting All These Poses Australian Tour – and discover why Rufus has been affectionately referred to by Elton John as “the greatest songwriter on the planet” and praised by The New York Times for his “genuine originality.”

“20 years, what can I say?” states Wainwright. “In life, one stands the test of time but in music, thankfully, one reaps the rewards. Come savour a very fine vintage of songs, those were some pretty good years!” 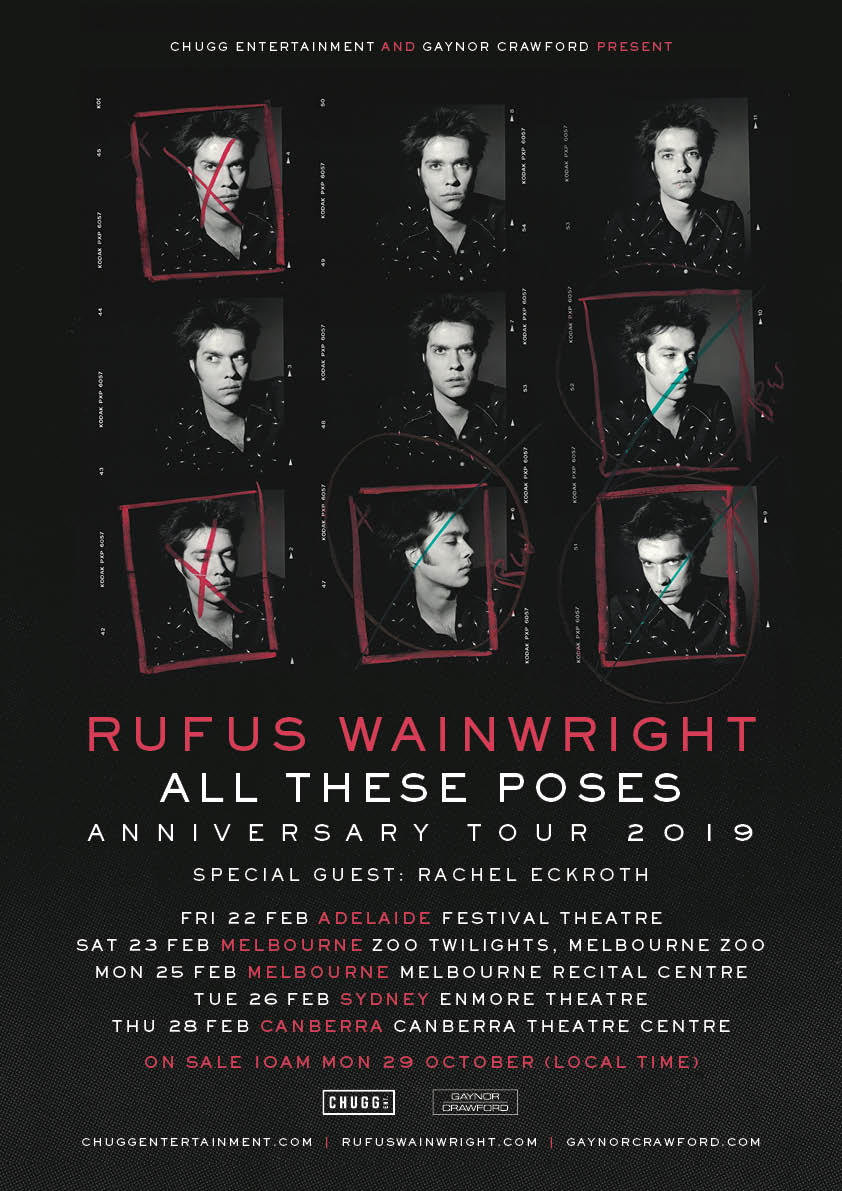